African space programs are nothing new.

In 1964 Edward Mukuka Nkoloso, high school teacher and self-appointed director of Zambia’s national space program, had the bold ambition of beating the USA and the Soviet Union in the space race, and landing a Zambian on the Moon.
Using unconventional techniques, such as spinning students around a tree in an oil drum, Nkoloso trained 12 astronauts. He was unsuccessful, but in 2014 there was a film released inspired by his efforts.
Fortunately Africa’s space programs now look much more promising. In fact, in the last decade the continent has entered a space race.
Nigeria, South Africa, Ethiopia, Egypt and Algeria have taken a renewed interests in their existing programs, with Ghana and Kenya joining the club, launching their own space projects in the last few years. While no African country is within realistic reach of moon travel yet, Nigeria and South Africa have by far the most advanced space programs on the continent.
South Africa is set to host the world’s biggest radio telescope, the Square Kilometre Array (SKA).
If successful, they claim the telescope will enable astronomers to look much deeper into space — at the sensitivity of many times current telescopes. The first phase will cost approximately $790 million.

“What drove this project was a need for the next generation radio telescope with a preference for the southern hemisphere as then you can view the centre of our galaxy,” says Carla Sharpe, Business Manager at SKA.
“When you’re studying space with an optical telescope you’re only observing the visible light, whereas a radio telescope can observe the electromagnetic spectrum over a number of frequencies,” she adds.

However, Sharpe disagrees that there is an African space race per se. Instead, African countries see space programs as an important part of economic development.
“In general African countries accept that developing technology drives growth and that space is a great area for technology development. It’s accepted as a new market we can still get into,” Sharpe continues.
Although space programs in Africa are frequently criticized for being a waste of money, particularly with the presence of more immediate concerns.
Sharpe responds: “Space science and technology is not just rockets. It’s everything from data analytics, data storage and transport and more. There are so many areas of development within the arena which are classed as space science.”

South Africa has set its sights on space observation, but what about space travel?
In that field, Nigeria is leading the charge. They’re planning to be the first African country to send an astronaut into space. The government announced the plans last year, and is aiming to visit space by 2030.
Nigeria is aiming to create a world-class space industry. “The focus of our space program is economic development,” Felix Ale, communications chief of The National Space Research and Development Agency (NASDRA), tells CNN.
Since 2003, NASRDA have launched five satellites which have helped improve agricultural practices, collect climate data and track-down hostages taken by Boko Haram and last year received $20 million of funding.
But Professor Calestous Juma, an expert on space programs in developing countries at the Harvard Kennedy School, told CNN in 2016 that the mission could be a “lofty ambition” that “may or may not happen.”

Aside from Nigeria and South Africa, there are also a number of interesting developments from other African countries. 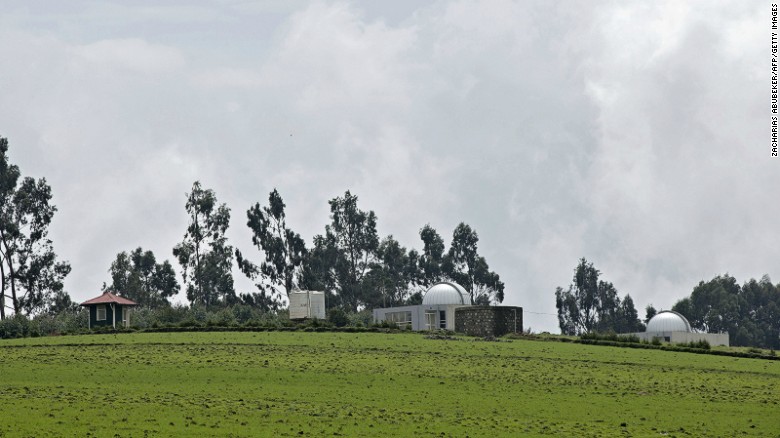 Early this year Ethiopia announced it would launch a satellite into orbit within 3 to 5 years to help monitor weather conditions. And in 2015, the multi-million dollar Entoto Observatory and Research Center was opened near the capital Addis Ababa,Ethiopia.
Ghana is also venturing into space technology and successfully sent its first satellite into orbit this year. In 2015, the government allocated $10m for nuclear and space technology. The Kenya Space Agency (KENSA) was also officially launched in 2017.
To add to that, in 2016 Egypt approved ambitious plans to launch a new Egyptian Space Agency.

Across the continent new programs represent a growing appetite for space technology, but the continent still lags far behind in the global space race. It could be argued that a collaborative effort could help the continent catch up. But there is no pan-African space program in the works just yet.
In 2010 the African Union (AU) approved a study to test the feasibility of an African Space Agency. Two years later President of Sudan Omar Hassan al-Bashir repeated the call.
It largely fell on deaf ears.
“My personal opinion is that the African Space Policy is a great step forward. The African Space Agency will be beneficial in the long term but is a little premature. I think countries need to develop and grow their own capabilities first,” Sharpe says.
An official African Space Agency might be a long way off, but national space programs are looking at ways of working together. “I think collaboration will be the only the answer for us to develop forward,” Sharpe says.
0
Movies